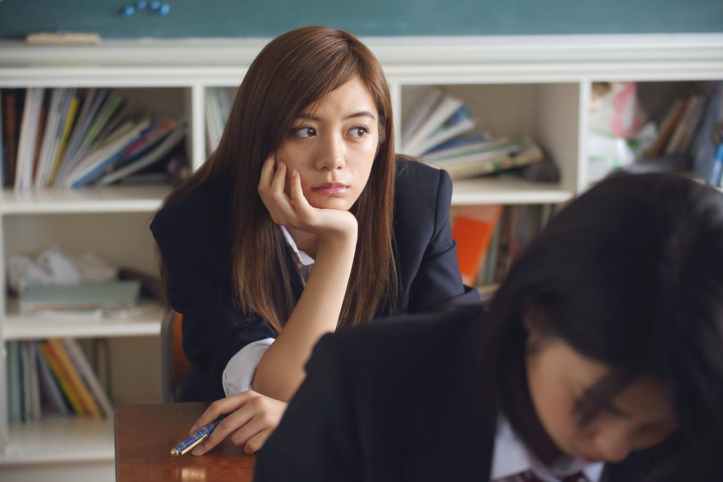 I’m currently on a break from my social media accounts, a long one. I only have Twitter and Instagram but that’s more than enough. I was active on Twitter in Ramadan, it’s usually the best time on Twitter. I decided to take a break just before Eid because every year the spiritual happiness and goodness of sharing quality posts descends into nonsense.

But even this year in Ramadan it was still full of nonsense. Arguments, females hysterical that guys are still hitting on them in their DM’s, Muslims incessantly tweeting about their wedding night and all the positions they want to have sex and that it’s acceptable to tweet like this because the Prophet Muhammad (peace be upon him) spoke about sex explicitly. The delusions are blinding.

These are teenagers but some are in their 20’s some 30s and some 40s+ yet, a lot of people are acting like they are in their teens still in high school. I mean, what is up with this? What is it about social media that brings out this dynamic that people would probably ordinarily in real life not act like this?

Reasons why people look to social media for interactions is because there is a break down in communities and society. People are lacking in family and friends. They don’t know how to socialize, feel too vulnerable are anxious and online they can control everything except for the effects it has on them.

We don’t go on social media not to get attention or reactions to what we post but it’s taking over people’s whole psyche waiting for likes and RT’s. Amassing followers, popularity. So when we do tweet we get a dopamine hit and feel important when we get a slew of notifications. With cult like following’s of people agreeing even if you put out total bullsh** or arguments, then you believe you are the wokest person in the pile and these people are not on your level.

People are pushing boundaries further for attention and trying to get reactions out of people, completely forgetting or disregarding that we’re accountable for what we post.

It’s very toxic indeed. People say it’s the way you use it but it doesn’t matter, the crap very easily seeps in and there’s a lot of it.

We’re reading tweets by Islamaphobes like Katie Hopkins and Maajid Nawaz, a guy who says he’s Muslim when he’s not to push a government agenda about Islam. We get irritated at what they’re tweeting then start arguing with them or their followers, what is it benefitting us? Zero, nothing, nada just a waste of our time, energy and emotions.

These people are pushing our buttons, they don’t believe in an accountability in the hereafter but we do, yet we allow them to get the best of us and we convince ourselves we’re educating or doing something of importance by arguing and trying to get their attention. We kid ourselves. This is not dawah (inviting people to Islam).

Instagram in particular causes a lot of jealousy and envy with people displaying  perfection. Perfect bodies, perfect homes, perfect food the perfect life. But it’s perfectly constructed photos of people selling you something.

Free mixing is made so easy and done so easily. People don’t see or believe it’s detrimental but being behind a screen makes people less inhibited. One thing I’ve noticed for sure and not just me but other females is that many females do not engage with you, it’s guys replying to you. There’s competition and jealousy that I don’t see as much with guys and they get along much better with each other. You’d think sharing common interests and POV’s would make it easy to communicate and relate with other females but it doesn’t.

When I first joined Twitter looking back I feel like I was so innocent to it all.  I joined because I wanted to find out information about Islamic lectures and events going on. I thought you could be cool with people because they’re Muslim and seemed cool, how wrong I was. It was very clicky with people wanting to be top dog and truth got lost in their pursuits of this. If you point it out they make out you’re evil, a liar and manipulate others against you.

People come to Twitter to speak out against injustices, Islamaphobia, highlight plights. I understand the goodness behind it but some of it is a popularity contest with people vying for self and wanting to be first person to ‘break news’ the work gets lost.

You’re not allowed to having feelings, emotions or normal human reactions to what you read on a screen even though posts are put on there to provoke precisely that. You’re meant to be stoic because LOL why are random people’s tweets affecting you? Or the complete opposite extreme happens where people overreact and outrage at everything happening in the world without even verifying if something is true or not.

A lot of common sense that we usually use goes out the window on social media.

How to Combat This

When I took a break from social media it felt like I was coming out of prison, no joke it’s a mental prison. For my own sake and sanity i need breaks from using and constantly checking it. We all get caught up even those that deny it.

Follow as little people as you can and make sure it’s beneficial with people posting quality content. Divert your time to being productive and creative, like writing a blog, learning a skill, educating yourself whatever your creativity is.

Don’t follow people like Trump or Kanye West where the whole of Twitter goes nuts and fawn over whatever they post. Kanye’s $500 trainers are garbage your life will not vastly improve if you buy them. You don’t need to know what they’re tweeting, it’s not directly affecting your life, it’s gossip and a waste of time.

Don’t spend too much time on social media and especially scrolling through the comments of popular accounts, it triggers emotions and reactions.

Don’t involve yourself in petty arguments with people you know you’re not going to change their mind, they’re just looking for attention.

I’ve met great people on social media and benefit a great deal because I filter very very carefully.  I started my web-site MySilkPath.com because of it.

But social media goes on without you, come off and see how little it means and how little you mean to most people where friendships are over in a block.

For now I’m enjoying watching the world cup without tweeting a running commentary and reading everyone elses comments, especially those people that keep moaning about everyone tweeting about the world cup instead of just ignoring them or coming off themselves, bliss.