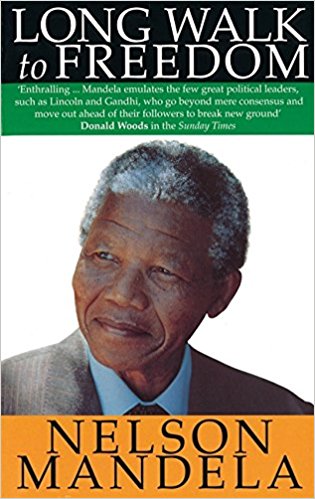 I’m a fan of reading autobiographies I was recommended Mandela’s autobiography by two people I highly respect so I decided to read it. I read it twice, it’s a long book with a lot to say, obviously, looking at the man’s life.

I didn’t know much about Mandela apart from he was in prison for a long time, fought and dismantled apartheid and became president of south Africa. He was an icon of the 20th century. He’s one of the few truly good and inspired leaders of the 20th century.

He was born on the 18th of July 1918 in a tiny village in the country. His father was a tribal chief. He had a large family of brothers, sisters, uncles, aunts and lived a meager life. He details tribal and clan life that was the historical make up of south Africa and Africans. Naming locations, importance of lineage, traditions and history of battles.

He went to school aged 7, he was the first from his family to do so. His father died when he was 9, he left the village to be raised by another chief who offered guardianship if his father died, it was a much more privileged life and a noble family with power. He had a nice childhood filled with traditional roles and became a teen there.

He talks about the history of whites coming to south Africa, being greedy and destroying tribes, separating brother from brother, causing disunity so they would fight each other and inevitably be conquered easily by the British.

He was preoccupied with college and wanting to get an education. He grew up with smatterings of knowing about whites, he didn’t see them much due to living in a village. They were like a mystical creature that imposed the English are better and taught that whites were the benefactors to blacks.

He done sports and boxing and a lot of exercise throughout his entire life, he was very healthy and fit. The beginning of his principles started in college. Tradition in Africa was that a wife was chosen and they would marry, he decided he didn’t want to do that so he fled to Johannesburg with a relative that was in the same position.

He was eager to carry on with his education and went to university, he was the only black student in the law faculty in university.  The racism in S Africa meant they couldn’t hold positions, own land, were inferior to the white minority. Blacks didn’t have freedom to do as they pleased, they had to answer to the white man at every turn. Whites made their money off of gold mines and employed blacks as cheap labour. He had aspirations to be a lawyer in Johannesburg and worked in a Jewish law firm.

Incidents in the book show he was clever in networking to not offend people if he didn’t have to. He was opposed to apartheid and became interested in politics and ideologies. He had an amazing work ethic whilst living in poverty and oppression and a seemingly hopeless and unchanging system.

He had a great belief in what’s right and made a great sacrifice for the unknown but for a belief and hope, it keeps me going when I’m feeling exhausted to keep pushing that I must continue when these people did.

He joined the political party the ANC, the African National Congress. They were opposed to the white parties that wouldn’t afford Africans their rights. He went to talks and rallies and got politicized to be a freedom fighter. There are great stories in the book of people being nothing but selfless for the cause of freedom and what’s right, sacrificing for the cause.

He was political at university along with Indians, Jews and some whites. He was unconfident and intimidated by others in the beginning. He talks about the Indian contribution to the anti-apartheid sacrifice, they suspended their studies, said goodbye to their families and went to prison for the struggle.

Laws were passed to keep the Africans down. The same tactics are used today by governments. They started an active resistance, boycotts, protests, stay at homes i.e. not going to work collectively in the mines. There was an emphasis on unity between the people from different tribes and Africans for it to be effective. They started with non violent resistance following Gandhi’s campaign as long as it was effective, he came to the conclusion that it would not be, they talked about taking up armed resistance due to non violence not working.

He understood leadership and it being necessary to have prominent figures to lead the defiers otherwise the leaders would appear to be hanging back while the masses took the punishment. As a leader he understood the need to be farsighted and understanding of others. There are great leadership skills to learn from in the modern century.

He married his first wife and had children and was away from them a lot due to his commitment to the struggle. He divorced from his first wife and married Winnie Mandela. He opened his own law practise, they were the only firm of African lawyers and were very busy.

There were crackdowns by the government and police and violence from them. Laws were passed to detain people without trial, spies infiltrated the organisation. Police shootings on protestors prompted the USA to get involved in S Africa affairs for the first time and make it and international issue. The stock plummeted.

He was arrested and jailed frequently. ANC members were put on trial accused of treason by the government. The ANC became illegal but they were found not guilty in the trial.

The ANC was no longer non violent and started a military wing. Mandela went underground. He left S Africa for other countries in Africa to seek money, political support and military training.

In 1962 he was arrested and tried again and found guilty for leaving the country without a passport and inciting people to strike, he got 5 years in prison. Whilst in prison their material for military training was discovered, he was tried again and charged with sabotage against the state, guerilla warfare and terrorism, with the possibility of death. There was worldwide support for them and condemnation against the apartheid regime with people protesting and international pressure on the government. He was found guilty and given life and sent to Robben Island prison.

He talks about his time on the infamous island where he was imprisoned for 18 years. I won’t share the details, it’s best to read it in the book, but, I will say that the human moments he wrote about are painful to imagine going through. 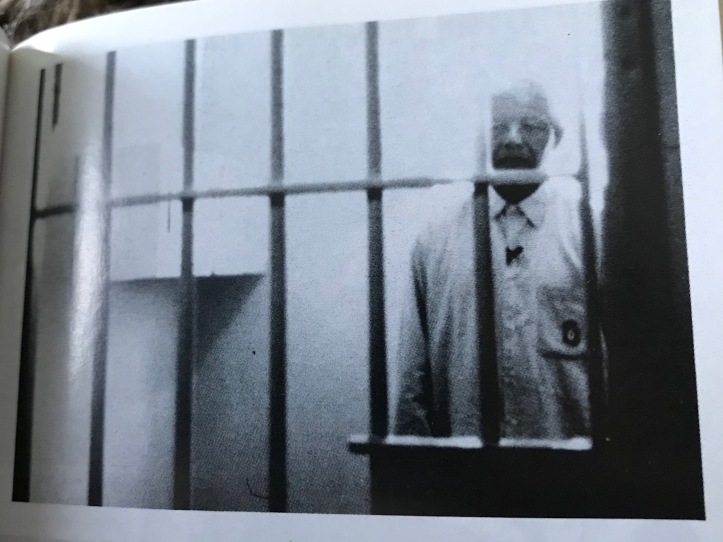 There was a campaign tactic to keep apartheid and the political prisoners on people’s minds globally. It was called FREE MANDELA.

There were economic sanctions against S Africa in 1984, global interest and support for the ANC, Mandela and the political prisoners. The ANC grew stronger even though they were banned for a quarter century.

The government knew there had to be talks between he and them. There was pressure to release them and reform the system. The government realised they had to come to some sort of agreement. 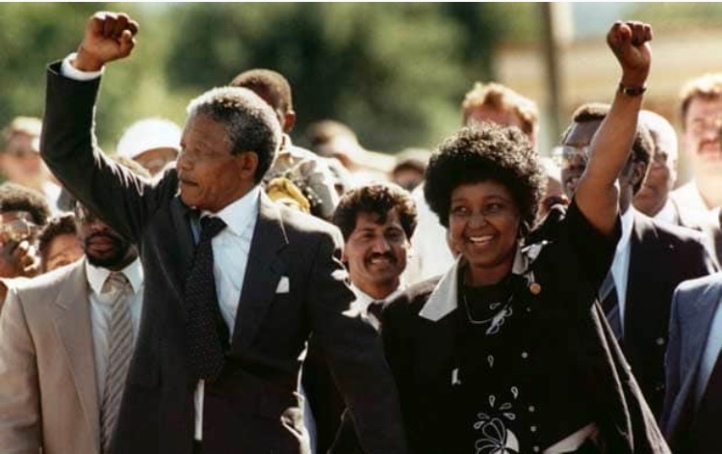 There was changing of the government. The south African president started to dismantle apartheid and hope of a new s Africa to be born. The transition was far from easy there were many issues and killings that happened.

He separated from his long-term wife Winnie Mandela, he said it seemed destined that the personal life of a freedom fighter would be an unstable one.

April 1994 blacks were permitted to vote for the first time in s African history. The ANC won at the polls and were part of forming the new democratic government for the intermittent period. Mandela became president in his 80s, what a man, what a life.

The road to freedom is far from smooth, it will take generations to recover from apartheid and the deep and lasting wound in the country and people but it produced men like Mandela along with many many others.

Mandela and many others fought and sacrificed for a belief and what’s right. He became confident in who he is outside of what had been forced on him, his colour and inferiority. He went from the bottom to the president of South Africa and aided the dismantle of one the most oppressive state regimes. There are so many lessons to be learnt and implemented from him and this book.

Apartheid wasn’t that long ago, The systematic effects of over 300 years of oppression will be felt for a long time.

The book shows Mandela had a naturally good character and friendly nature even in the circumstances.

Malcolm X’s autobiography changed my life over a decade ago, now I feel this book over a decade later is going to change my life again and i bought it for 1p on Amazon.

A must read, current generations don’t really understand how great of a man he was. He was a special and blessed man there was no doubt about that and it wasn’t just him, there were many many in the struggle.

Some go on to change the world through education.

A timeless and important book and one of the greatest men of the 20th century.